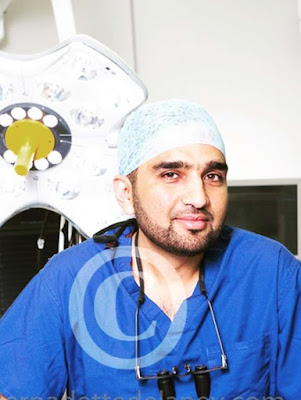 Professor Bilal was appointed at the Manchester Royal Infirmary as a Consultant Cardiac and Aortovascular Surgeon in February 2016. At the time, he was one of the youngest appointed consultants in the country.

Professor Bilal is currently involved in multiple research projects and is proudly affiliated with Manchester Metropolitan University as a visiting Professor. in collaboration with the Department of Cardiovascular Sciences at MMU, Prof. Bilal is director of MAnchester Aortovascular Institute (MAVI) along with Professor Yvonne Alexander (now Emerita) and Dr. Fiona Wilkinson.

He specializes in performing Coronary Artery Bypass Grafting on a beating heart (Off-Pump) without the use of a Heart-Lung Machine. More than 97% of coronary artery bypass grafting procedures are performed with this technique using multiple arterial conduits.

He graduated in 2004 and finished his Foundation Programme Training at the John Radcliffe Hospital in Oxford. He completed his surgical training in the North West of England and has worked across many of the region's leading hospitals, including Manchester Royal Infirmary, Wythenshawe Hospital, Blackpool Victoria Hospital, and Liverpool Heart and Chest Hospital.

He was awarded the National Aortic Fellowship by the Society of Cardiothoracic Surgery of Great Britain and Ireland (SCTS) and completed advanced Aortic Surgery training with Prof Aung Oo at Liverpool Heart and Chest Hospital. He was awarded a National Scholarship by Vascutek and completed visiting Fellowships at the Leipzig Heart Centre in Germany, the New York-Presbyterian Hospital, and the Texas Heart Institute.

Professor Bilal does not provide private consultations or cardiac surgical services at The Alexandra BMI or any other hospitals. For NHS appointments or queries please contact via MRI switchboard.